To be Distributed by Angel Studios, THE SHIFT movie will feature THE CHOSEN Stars Liz Tabish, Paras Patel, and Jordan Walker Ross, as well as LOST Star Jorge Garcia–a Modern-Day Sci-Fi Thriller Inspired by the Story of Job–is Raising Final Funds and Then Will Head into Production in January 2023

“We’re blown away by the outpouring of support we have received for this film, both from investors who have backed us to date and also from Dallas Jenkins and Ken Carpenter, who have earned wide respect as leaders in high-quality filmmaking,” said Brock Heasley, Director of THE SHIFT. “We want to make sure that folks don’t miss out on the opportunity to be a part of this game-changing film project inspired by the story of Job in a thrilling and edge-of-your-seat climatic story for the big screen.”

THE SHIFT is a modern-day, sci-fi story of faith that takes a lot of its cues from the Book of Job. THE SHIFT’s Job—a character named Kevin—faces off with a mysterious stranger, known only as "The Benefactor", in a way that exposes his tricks and the lies used against people by shining a light that cuts through all that darkness. Kevin will be presented with concrete temptations most people can relate to, and audiences will see how his choices alter the world around him. The sci-fi plot that lets Kevin "shift" between reality and an alternate dystopian world shows with dramatic allegory the way lives can be changed by small, daily choices. In the end, Job proved worthy of God’s faith in him. The question is: can Kevin overcome the temptation of untold wealth and power to do the same? 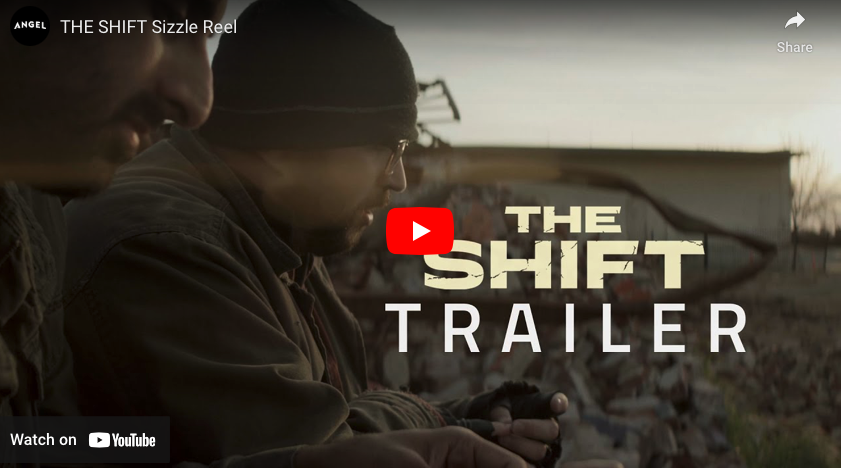 THE SHIFT will be distributed by Angel Studios, a new movie and TV studio platform putting the power of Hollywood into the hands of everyday Americans.